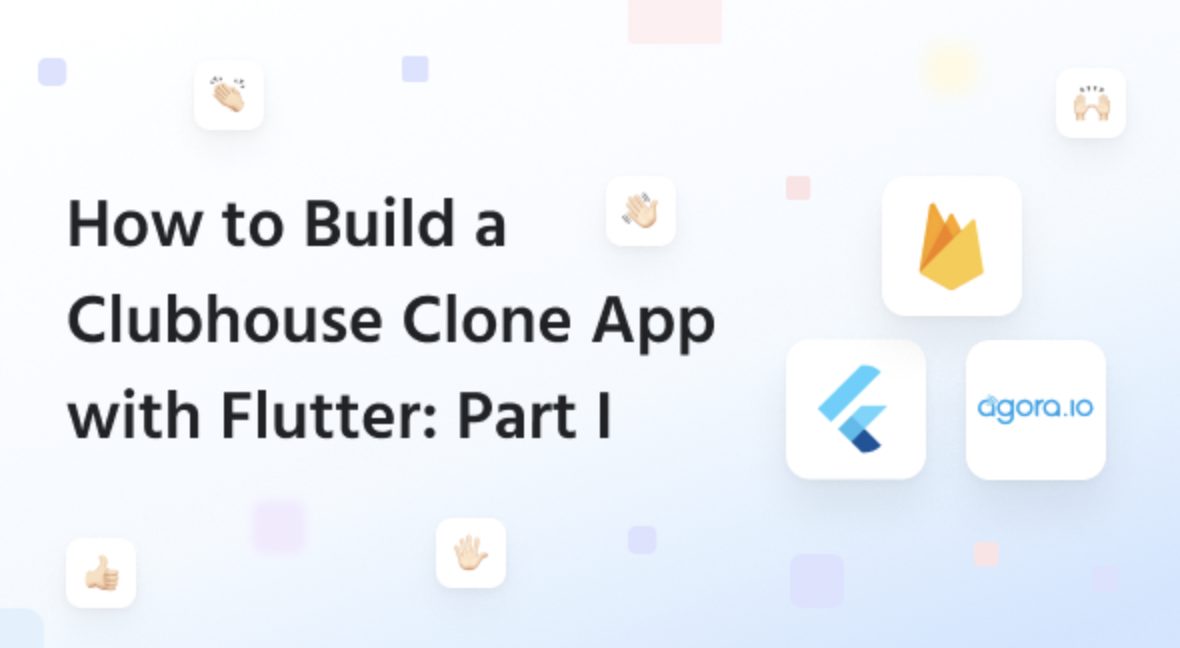 Clubhouse is an app that connects people who like the same things in clubs (rooms): talk shows, music, networking, dating, education, politics, business, the protection of animals, and the environment. The feature is that you can only get access to this social network through the recommendation of users who are already members of the club. The peculiarity of this application is how users communicate – using only voice messages. For ordinary users, this creates the illusion of direct communication with celebrities. Developers – Alpha Exploration Co. The most famous Clubhouse users are Drake, Kevin Hart, Tiffany Haddish, and Mark Zuckerberg.

There is a demand for clubhouse clone app development because of the popularity and commercial success of the original application. The purpose of our material is not to teach you how to create a Clubhouse clone. But by solving the same tasks and using the same tools as the developers who made the Clubhouse app, we’ve learned a lot of new things, which we want to share with you below so that you can make a clone of this or any other similar app.

In one article, it’s hard to describe the entire complex and multistep process of making a copy of the Clubhouse application, but we can discuss the development environments used in programming languages and development stages.

The Clubhouse app is built using SDKs (development tools and frameworks) such as Flutter, Firebase, and Agora. These tools allow you to create the necessary application functions in a few lines of code, namely, voice chat – this is precisely the solution with which Clubhouse users can communicate in real-time.

A clone of the Clubhouse application should have a layered architecture that uses a client-server model. This approach allows the use of a wide range of development tools: database management systems, programming languages, ready-made development tools, and frameworks. The Clubhouse clone development process can be divided into three stages of:

The multi-tier architecture of the client-server model ensures high reliability of the application, which can be easily scaled, which means – commercialized.

The choice of the backend predetermines in which environment your application will be developed. There are Windows and Linux systems to choose from. You need a licence to develop in a Windows virtual environment. The programming language is C#.

The original Clubhouse app runs on Apple’s mobile platform, iOS. The development language is Swift (this is the base language for the Apple ecosystem). If you are developing a clone of Clubhouse to run on an Android platform, you should use languages such as Java (the most popular), Kotlin (a new programming language), or C++ (although the last is supported by Google services for mobile application development, this is not recommended) These three languages ​​run on the same virtual machine and are supported by libraries and frameworks.

The most popular database management systems for developing a clone of the Clubhouse application are MS SQL Server and PostgreSQL. The advantages of the first one are a large administration functionality not only for the database but also for the server itself, on which the databases are stored. Among the shortcomings – it is paid software and access to all functionality only on a server running a Windows system.

PostgreSQL is a free object-relational database management system. Access to the functionality is free, the system can work both on the Windows and Linux platforms. The system supports most programming languages.

Develop a Clubhouse clone or this custom version

Functionally, the Clubhouse application is an audio file-sharing service. Whether to create a clone or a custom version of this app is up to you – what are you going to use it for? Remember, what makes this app unique – the ability for users to communicate via voice messages only and the ability for casual users to belong to celebrity clubs. The Perpet.io development team proposes the following development sequence for the clone of the Clubhouse application.

You can create a clone of the Clubhouse application in the source code editor Visual Studio Code, to work in it install the Flutter extension. Alternatives are Android Studio or IntelliJ IDEA. Create a new Flutter project. The project consists of structural parts: android/ios, assets, lib. The Pubspec.yaml file contains the following parameters: its name, description, versions, dependencies, and assets.

The project creates an application class named MyApp. Most Flutter extension entities are widgets that interact with the State object. Using the widget’s build() method, create 2 widgets: 1) App and 2) MaterialApp. The latter helps to style the application interface in the Material Design.

Using the ThemeData widget, you can personalize the application. Use the Theme.of() function to give your clone desired colours and fonts. The applied colours are stored in the app color.dart folder.

The main.dart file has a handleAuth() function, which returns the user to the initial screen depending on the results of his authentication.

In the file models.dart you create two modules: 1) user and 2) rooms. The user has three parameters: 1) name, 2) username, and 3) profile picture.

These are reusable widgets and will be used frequently throughout the project. They are placed in the widget’s folder – widgets. For example, with the RoundedButton widget, all clone buttons are personified.

Next, create two authentication screens. It consists of three components:

Next, create the heart of the application – HomeScreen. This part contains AppBar and RoomList, the latter is imported from Firestore.

Using the pull_to_refresh plugin, which uses the RefreshController widget and two additional functions onLoading and onRefresh, the user database is updated. Each item that we get from the Firestore returns a user card RoomCard.

Next, create a HomeBottomSheet, this button creates a new room. There are three room statuses to choose from: 1) Open, 2) Social and 3) Closed. Next, you need to create the LetsGoButton, this helps create a new user room.

In the next step, create a profileBody – the core ProfileScreen, the two parameters of this are 1) the user’s avatar and 2) basic information. Now create a RoomScreen that opens when users click on a RoomCard or create a new room. RoomScreen consists of four parts:

Lastly, create a RoomProfile, it will display the user’s account icon in the room. The user’s icon changes depending on their role.

Following this short tutorial by Perpet.io, you have created the application skeleton, user interface, and some functionality, but this is just the beginning of developing a Clubhouse application clone. The next step is to develop database integration tools in the Firestore development environment – read about all this in the next article.

We do not limit you to the choice of tools and approaches to solving the problems of developing a clone of the Clubhouse application. But during the development process, you may have to create your own tools and find original solutions for some specific tasks. Thus, your clone will acquire uniqueness.